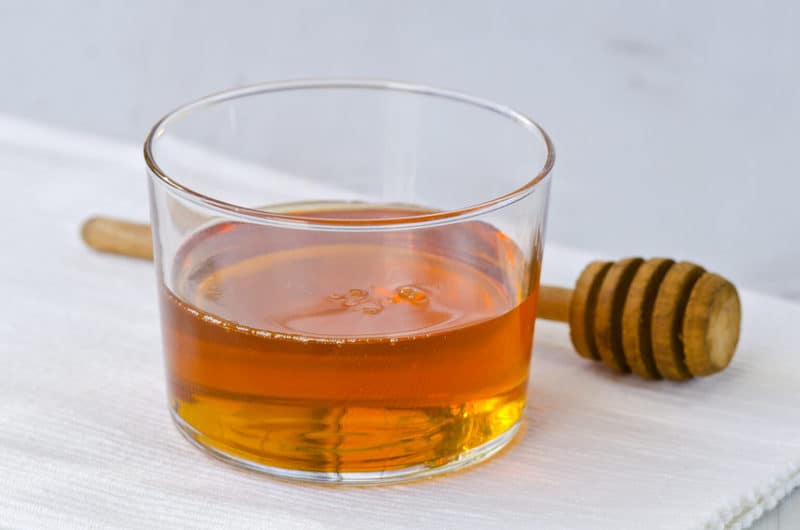 Agave syrup is typically used to sweeten a variety of dishes and there are a few alternatives. We have taken it upon ourselves to summarize below the best options to replace agave syrup:

One of the best alternatives to agave syrup is coconut nectar syrup.

Coconut nectar syrup made from coconut blossoms and is characterized by a sweet and caramel-like taste.

Coconut nectar syrup is suitable for a variety of purposes including baking and sweetening drinks as well as much more.

One of the health benefits of coconut nectar syrup is that blood sugar levels do not rise as much after consumption as they do after consuming regular sugar.

As a result, the feeling of satiety after consuming coconut nectar syrup lasts longer.

Another alternative to agave syrup is apple syrup.

Apple syrup is made from apple juice, which is boiled until it has a syrupy consistency.

Apple syrup has a similar consistency to agave syrup.

In addition to its sweet taste, it also has a fruity flavor.

This makes apple syrup perfect for sweetening all dishes that already have a fruity taste.

The advantage of apple syrup is that it contains mostly fructose, so a smaller amount is needed to sweeten food.

This, in turn, lessens the calories consumed when sweetening with apple syrup.

Pear syrup is produced similarly to apple syrup and consists of pear juice, which is cooked until syrup is formed.

The advantage of pear syrup over apple syrup is that it has a more neutral taste than apple syrup.

This means that pear syrup can be used to sweeten a large variety of dishes such as yogurt, ice cream, cakes and other baked goods.

Pear syrup is also characterized by a greater proportion of fructose. Thus, calories can also be saved by using pear syrup, making it a healthier choice overall than regular sugar.

Honey is one of the best-known alternatives to sugar and is also a perfect alternative to agave syrup.

The great advantage of honey is that it has an almost neutral taste.This makes it suitable for sweetening a wide variety of dishes that would normally be sweetened with sugar.

In addition, honey is characterized by a total of fewer calories than regular sugar.

Further health advantages result with this substitution, because this contains among other things anti-oxidants, bioactive materials and anti-inflammatory enzymes.

Rice syrup is another suitable alternative to replace agave syrup.

This is made from whole grain rice, which in turn is ground and heated so that the starch converts into multiple sugars.

Rice syrup is characterized by a caramel-like taste and has a similar consistency to agave syrup.

Therefore, it can be used for a wide variety of purposes, such as baking or sweetening desserts.

Rice syrup basically has only a very small amount of fructose and thus is also suitable for people with fructose intolerance.

Beet sugar syrup is obtained from thickened beet juice and is characterized by a relatively neutral taste.

Therefore, this is suitable for a variety of purposes such as baking, cooking or even as a spread.

Beet sugar syrup also has health benefits and it contains fewer calories than sugar, which is partly due to its fructose content of 16%.

It is therefore a perfect alternative to agave syrup.

Maple syrup is one of the most popular types of syrup and can also be used as an alternative to agave syrup.

This syrup is obtained from the sap of maple trees, which in turn is boiled until a thick consistency is formed.

In principle, maple syrup is characterized by a sweet and slightly tart taste.

It is therefore suitable for sweetening a wide variety of dishes and can also be used to garnish dishes and desserts, among other things.

Another advantage is the high content of minerals and trace elements.

Stevia is another option for sweetening instead of agave syrup.

It is a natural sweetener widely available in the United States. It is derived from stevia plant leaves which are native to South America.

Stevia is most commonly found in liquid and powder consistencies. We prefer the liquid variety as an agave syrup replacement.

It is much sweeter than agave so less is needed and it is naturally calorie free. It also does not raise glucose levels making it a good sweetening alternative for some diets.

Simple syrup is also a great substitute for agave nectar.

This basic combination of equal parts white sugar and water boiled until liquid will give a very neutral flavor.

Because of the boiling process the texture will be almost exactly that of agave syrup that you are substituting for. And therefore, suitable for a variety of purposes including baking and sweetening drinks.

Last but not least, corn syrup is an alternative to agave syrup.

Corn syrup is frequently used in the United States, and is an ideal alternative to agave syrup because corn syrup has a neutral taste. This means that it can be used for all purposes for which conventional sugar would normally be used.