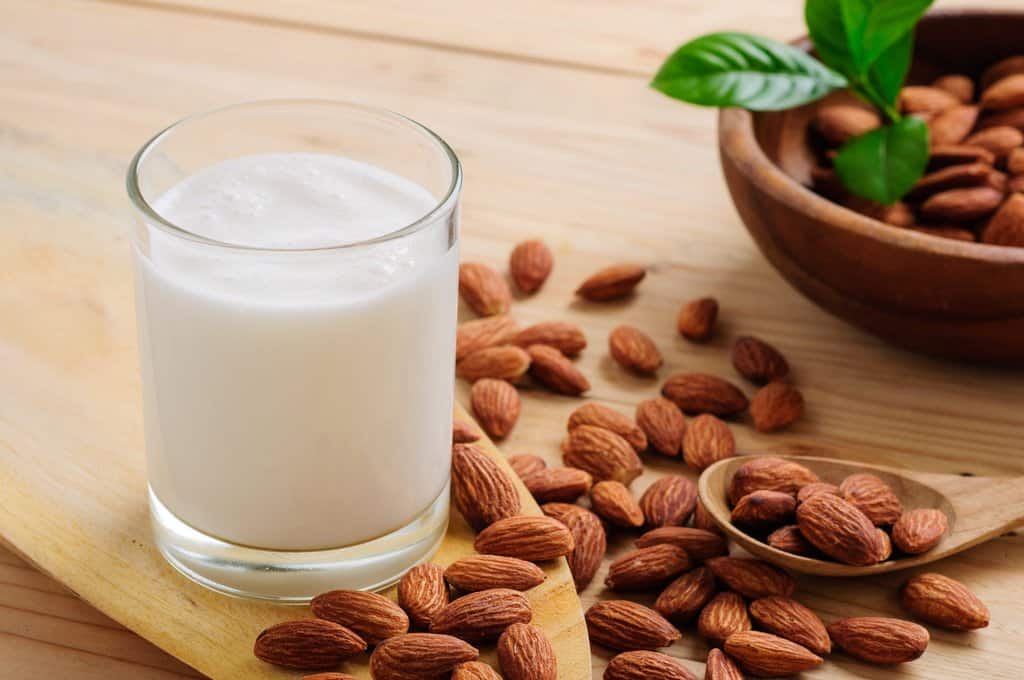 What can I use instead of almond milk? The best substitutes for almond milk in terms of flavor are other nut-based milk varieties, such as cashew, macadamia, pistachio, or hazelnut milk. Oat, soy, hemp, and coconut milk are the best kinds of plant milk for cooking.

Several plant-based milk (mylk) alternatives are available if you’re vegan or avoiding lactose. If you don’t have your favorite almond milk, there are substitutes ideal for your morning coffee, making a white sauce, or thickening a curry. Here are our eight best substitutes for almond milk.

Cashew milk is an ideal substitute for almond milk, also being nut-based milk.

Like almond milk, cashew milk contains calcium and vitamins D and E but not high protein levels. Cashew milk is also lower in calories and fat than almond milk but is full of heart-healthy fats.

If you enjoy the slightly nutty, creamy flavor of almond milk in lattes and cappuccinos, you’ll love the sweet richness of cashew milk.

Another nut milk that is an excellent alternative to almond milk is macadamia milk.

In terms of nutrition, macadamia milk is higher in calories and fat than almond milk, containing calcium, vitamin D, and a boost of vitamin B-12.

Made with the more expensive macadamia nut, this milk is more pricy than other nut milk, but keto enthusiasts especially are willing to pay for its high levels of healthy fats.

Macadamia milk has a more robust nut flavor than almond milk, working well in coffee and hot chocolate. Because of its creamy texture, enjoy macadamia milk with granola or oatmeal, in smoothies, as well as in baking.

Use macadamia milk to replace almond milk in equal amounts.

Milk made from hazelnuts can also be a suitable substitute for almond milk.

Although hazelnut milk is lower in calcium than almond milk, it does contain more protein, vitamins B and E, folic acid, and heart-healthy fats.

Made from raw hazelnuts, this milk is slightly bitter in flavor (it’s not liquid Nutella), so many people prefer the sweetener and flavored varieties that contain sugar and additives.

Try the original flavor in a coffee, smoothie, or overnight oats. The bitterness does come through in cooked items, so it’s not ideal for sauces or soups.

One of the newer nut milk variations on the market, pistachio milk, makes a delicious substitute for almond milk.

Pistachio milk’s great advantage is that it’s far better for the environment than almond milk, as almonds require vast quantities of water to grow.

Other benefits of this milk are its high levels of vitamin B, potassium, and antioxidants. It is also higher in protein than almond milk.

Pistachio milk isn’t bright green despite being made from beautiful green nuts. However, it tastes like pistachio nuts, so it is delightful in coffee beverages. It also froths well for cappuccinos and lattes.

The pistachio flavor comes through in baked goods, so use this milk instead of almond milk in chocolate brownies, rice pudding, or ice cream. It’s also good in butternut soup and pasta.

Use pistachio milk as you would almond milk in the exact quantities.

Oat milk is another plant-based milk that you can use quite successfully as an almond milk substitute.

While almond milk is the top-selling plant milk in the US, oat milk is the most popular in the UK, as people with nut allergies can consume it. People with gluten intolerance or celiac disease should avoid oat milk as it is often contaminated with gluten.

Oat milk contains vitamin B, is high in carbohydrates, and is relatively low in protein, so many producers enrich the beverage with additional vitamins.

The appeal of oat milk lies in its thick, smooth texture, which doesn’t curdle when exposed to heat.

Use unflavored oat milk in a one-to-one substitution ratio for almond milk.

Soy milk is the original plant-based milk, made from highly nutritious soybeans, and can be used whenever you’d use almond milk.

The highest in protein of all plant milk, soy milk also contains calcium and isoflavones, which have anti-cancer effects.

People also tend to avoid soy milk if they have milk allergies, as an allergy to soy often goes hand in hand.

Soy milk’s texture is creamy and appealing, and the chalky flavor is neutralized when added to food or beverages. Use soy milk in coffee or tea – nut milk doesn’t tend to taste great in the latter.

Soy milk is excellent in sauces, soups, and particularly in baked goods, as its high protein levels work well with raising agents.

Hemp milk is one of the newest plant milk variations available.

Made from hemp seeds, which are part of the marijuana plant, this milk does not contain any THC.

Instead, this plant milk is high in healthy oils and fats and second only to soy milk in protein content – it contains all amino acids for complete protein.

It contains vitamins A, B, D, and E and calcium, folic acid, potassium, magnesium, iron, and zinc.

If you’re used to almond milk, you may find hemp milk’s earthy flavor off-putting. However, hemp milk’s flavor is hidden in savory dishes, especially those with robust tastes, like broccoli soup.

The thick, creamy texture of hemp milk is appealing, and the milk doesn’t separate under heat, making it a good choice for warm beverages and cooking.

Coconut milk or cream has a similar texture to dairy milk and makes a great substitute for almond milk.

Not the same as coconut water, coconut milk comes from the white flesh of coconuts and so is high in healthy fats, vitamin C, folates, iron, magnesium, potassium, copper, manganese, and selenium.

Coconut milk has a thick, luxurious texture and a definite coconut flavor, making it an excellent substitute for almond milk.

It’s a beautiful coffee creamer, a delicious addition to a smoothie, and a lovely topping for oatmeal and berries.

Coconut milk is the best substitute for almond milk in cocktails (like a White Russian), ice cream, and desserts. It also makes a decadent white sauce.

You will need less coconut milk than almond milk as it is much richer and creamier. Add a little at a time to achieve the texture and flavor you want.