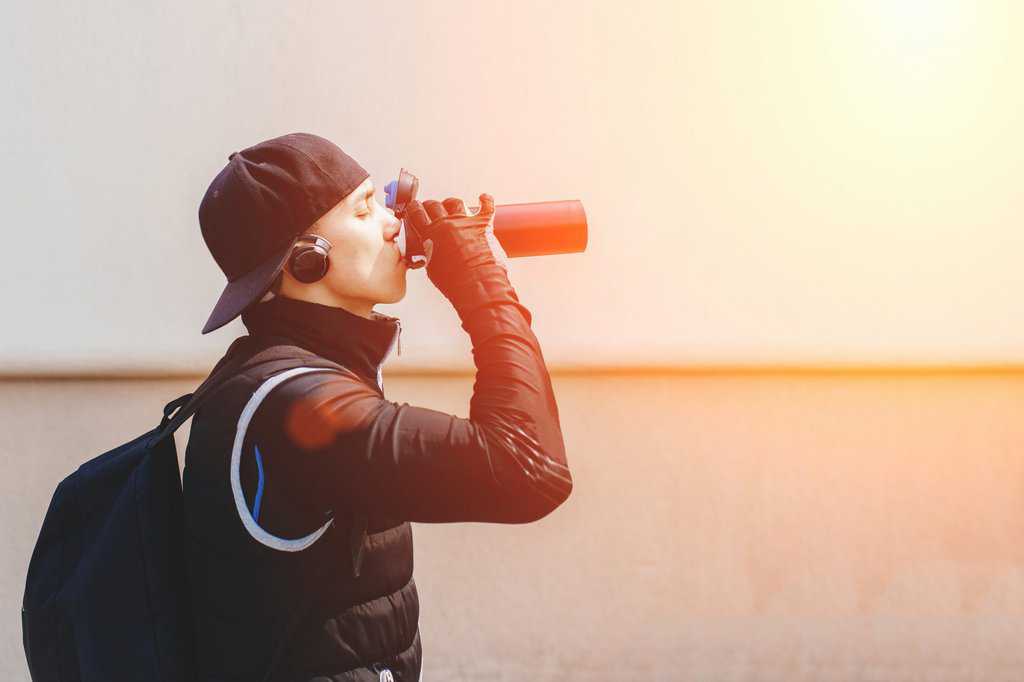 What can I drink instead of Red Bull? Substitute Red Bull with another energy drink, like Monster or Bang, or an organic energy drink, like Guru, Hustle, or Guayaki Yerba Mate. Healthier substitutes include water, protein smoothies, green juices, coffee, green tea, and ginseng tea.

Red Bull is popular for the energy boost it provides when you’re mentally or physically exhausted. Apart from Red Bull, there are several other energy drinks available, as well as natural, healthy replacements for Red Bull, without artificial additives, colorants, and sugar. Here are our 11 best substitutes for Red Bull.

Second to Red Bull in the energy beverage market, Monster is the obvious substitute.

Replace your usual Red Bull with a can of Monster – but note that Monster comes in 16-ounce servings, which is twice as much as the standard Red Bull.

Another popular energy beverage, Bang, is an ideal substitute for Red Bull.

Like Red Bull, Bang contains amino acids and vitamins. However, Bang’s selling point is that it is even higher in caffeine than Red Bull, with almost double the levels.

This beverage is only for those with a high caffeine tolerance, or you may experience unpleasant side effects.

On the other hand, Bang does not contain sugar, only artificial sweeteners (like Red Bull’s sugar-free variety).

Choose Bang as a Red Bull substitute if you want a massive caffeine boost.

A new variety of energy drinks on the market include “healthy” energy drinks, like Guru, suitable substitutes for Red Bull.

Guru’s focus is on its organic ingredients, which are a healthier energy source than the artificial additives in regular energy drinks.

Guru’s ingredients are natural sources of caffeine and vitamin B, aiming for a similar boost to traditional energy drinks. That said, Guru’s drinks do contain high levels of sugar.

Choose Guru as a Red Bull substitute if you want a similar-tasting energy beverage with fewer artificial ingredients.

Instead of artificial ingredients, Hustle is based on green matcha tea, which is high in natural caffeine.

As a result, Hustle contains nearly 40% more caffeine than a single serving of Monster, which in turn has twice the caffeine of Red Bull.

Hustle’s other benefit is that it contains no sugar, deriving its sweetness from monk fruit, lemon, and lime.

Choose Hustle as a Red Bull substitute if you want an energy drink that provides energy from natural, plant-based sources.

A third alternative to Red Bull from the healthier energy beverages is Guayaki’s Yerba Mate.

Green tea is famous for its energy-boosting properties, and Guayaki offers another similar tea: yerba mate.

Yerba mate tea comes from the holly tree, native to the South American rainforests. It contains more caffeine than green tea and is naturally sweet-tasting.

Other benefits of yerba mate are its high levels of antioxidants.

A simple and accessible substitute for Red Bull is a glass of water.

People often reach for energy drinks when they are tired, but one of the leading causes of fatigue is dehydration.

Before looking to artificial stimulants, caffeine or sugar, try drinking eight glasses of water a day to increase energy, improve metabolism, and reduce that feeling of being drained and brain foggy.

Substitute Red Bull with water for a natural, cleansing boost.

Another easy alternative to Red Bull is a protein-filled smoothie.

Just as dehydration leads to fatigue, so do low levels of protein. As little as ten grams of protein in your breakfast will give you an immense energy boost for the day.

Protein is a better source of energy than sugar, as the amino acids that it contains stimulate the cells that keep us alert. It provides a longer-lasting energy boost, as protein takes longer to metabolize than sugar and caffeine.

Most people don’t have time to cook eggs in the morning, so a protein smoothie is a quick way to take in the necessary protein. Add powdered whey protein, milk, yogurt, nuts, and seeds for a protein-filled breakfast smoothie.

A smoothie is a healthy substitute for Red Bull, providing a protein and vitamin boost.

For another healthy substitute for Red Bull, choose a green juice or smoothie.

Apart from caffeine, one of Red Bull’s most significant energy sources is vitamins, especially vitamin B. However, these are synthetic vitamins that your body doesn’t absorb as easily as natural vitamins are.

A green juice or smoothie gives you a massive vitamin punch, which your body can absorb and process efficiently for accessible energy.

Greens also provide the antioxidant quercetin, which blocks sleep chemicals in your brain and increases muscle performance. Another benefit of green vegetables is chlorophyll, which enhances energy and prevents disease.

If you drink Red Bull as a source of vitamins, instead choose green juice as a substitute.

One of the most straightforward swaps for Red Bull is a cup of coffee.

Caffeine is the primary stimulant in Red Bull, so coffee, with its naturally occurring rather than synthetic caffeine, is an obvious substitute.

Besides containing more caffeine than most energy drinks, coffee also contains antioxidants. A splash of milk adds protein and calcium.

If you want to avoid sugar with your caffeine, sweeten your coffee with stevia or a sprinkle of cinnamon.

Substitute your Red Bull for coffee for a more natural buzz.

Green tea is a delicious substitute for Red Bull.

However, as one of the healthiest teas in the world, green tea also contains disease-fighting polyphenols, epigallocatechin-3-gallate (EGCG), minerals, amino acids, and antioxidants, all of which increase alertness and rev up the metabolism.

A variety of green tea called matcha is made from the powdered leaves of the tea plant and contains even higher levels of these healthy compounds since you consume the whole leaf.

Although green tea doesn’t contain as much caffeine as Red Bull does, it is a more natural and healthier substitute.

Another tea that you can drink instead of Red Bull is ginseng tea.

Like green tea, ginseng is a common ingredient in energy beverages.

Instead of taking in ginseng via sugar and additive-packed drinks, choose ginseng tea, which is higher in ginsenosides and gintonin, two active compounds.

These compounds, along with the antioxidants in ginseng, are mood and energy enhancers, stress relievers, and disease fighters.

For a natural way to increase your concentration, drink ginseng tea as a substitute for Red Bull.